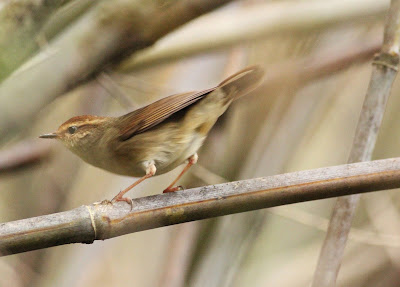 Before the main post on our recent trip to Fansipan, here already a highlight: Chestnut-crowned Bush Warbler (Cettia major), presumably a first record for Vietnam. 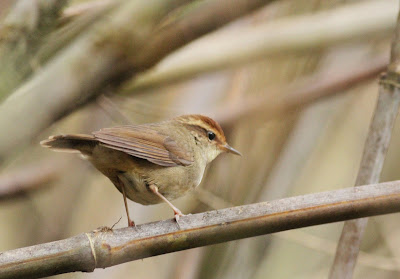 We have seen the bird at late afternoon when pishing for a flock of White-browed Fulvettas and Golden Parrotbills, in 5 m tall Bamboo. The Bush Warbler came in closely with the flock and stayed in close proximity even once the other birds had moved on. It hopped slowly around, close to the ground, and allowed for very good views and photos. 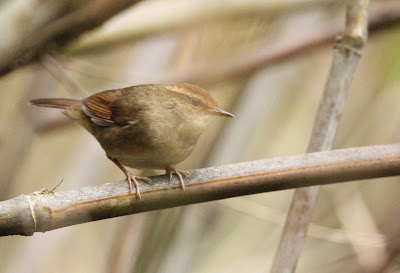 The location was at the Tram Tom route, roughly half way between the higher camp and the summit, just over the first ridge before the steep descent that precedes the final climb to the summit. Elevation ca. 2950 m. 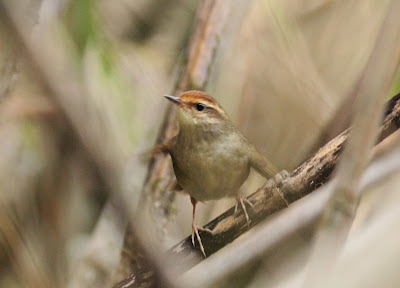 Thanks as well to Simon Mahood, Phil Round and James Eaton for their ID help!